At the head of the Society of the Divine Savior stands the Generalate, elected for a six year term by the General Chapter. The Generalate consists of the Superior General and his Council. The Council members are the Vicar General and three consultors.

Holds the highest office and has authority over all administrative units, houses, and individual members according to the Society’s rules.  The Generalate promotes the spirit of the Society and fosters international unity. It has the duty of directing and coordinating the activities of the entire Society, strengthening the members in faithfulness to the spirit of the Founder and encouraging their service in our apostolic mission. 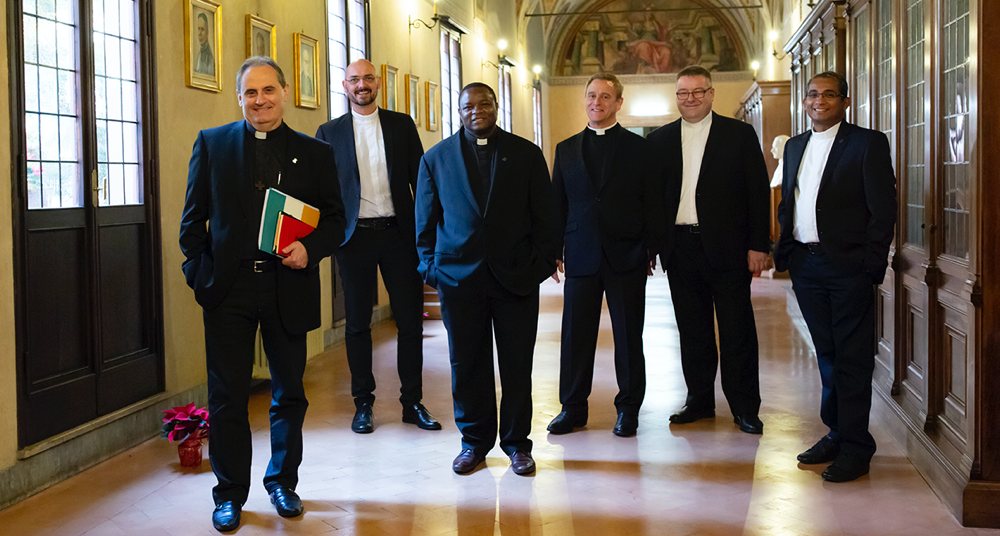 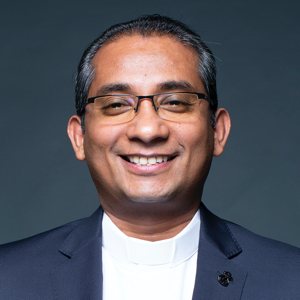 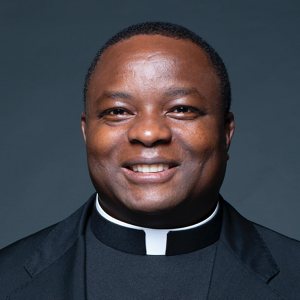 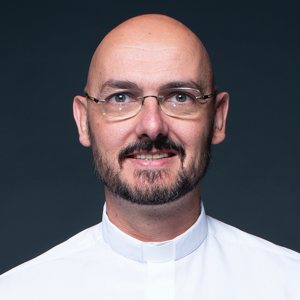 Furthermore, the Generalate is directly assisted by a variety of departments: 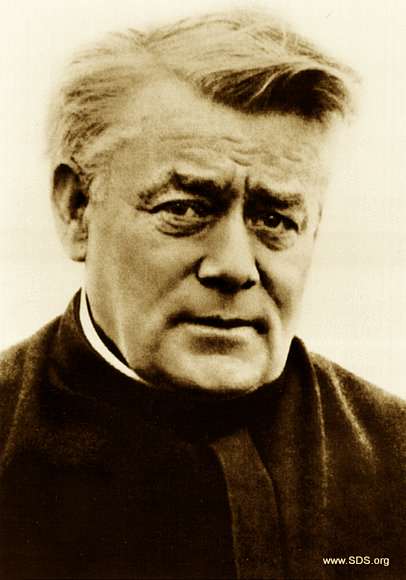 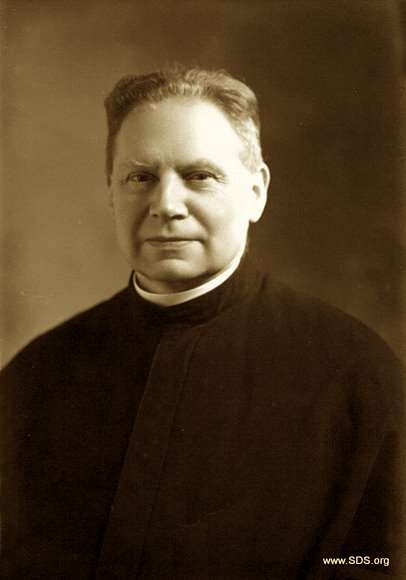 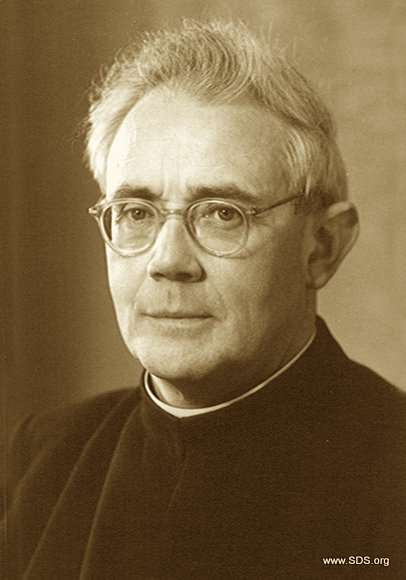 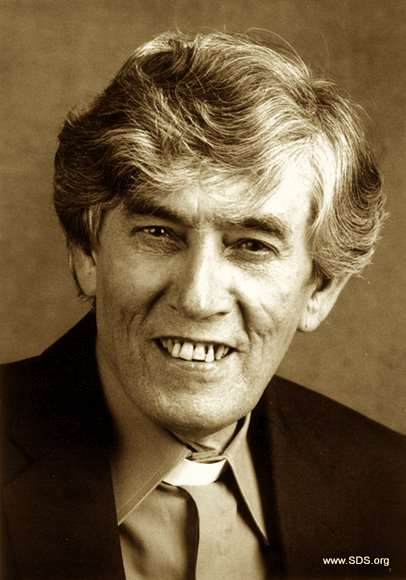 General headquarter of our Society 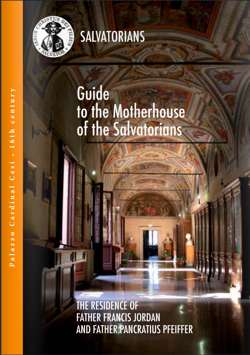 Every religious community has a central house.  Some call it the “motherhouse,” others call it the “general house.”  Our Motherhouse is located in Rome, just steps away from St. Peter’s Square. It serves as the home of the Superior General and his council and houses the Founder’s Chapel as well as the archives of the Society.

Our presence in the house at Via della Conciliazione 51 dates back to the Founder, Father Francis Mary of the Cross Jordan. The Foundation was made in 1881 at 96 Piazza Farnese, the house where St. Bridget of Sweden lived in the 14th century.  Within a year Fr. Francis Jordan needed more room for the growing number of candidates.  On November 1, 1882, he began renting rooms near St. Peter’s Basilica in the Palazzo Cesi, which then had an address of Borgo Vecchio 165.

In 1894 the owner of the palace,  Duca Francesco di Paola Negroni Caffarelli, who reserved for his own use only the first floor, the so called “piano nobile,” decided to sell the building and Jordan seized the opportunity to buy it. Probably  the actual taking over of the property happened  in the autumn of 1894, although the agreement was signed on the July 20, 1895.

In the 1930s the Italian government created a major boulevard, the Via della Conciliazione, leading from the Tiber River to the open arms of St. Peter’s Square. The Motherhouse, which had been facing a narrow street little bigger than an alley, suddenly found itself with a new address fronting on one of the most important streets in all of Rome.

In 1956 the body of Father Francis Jordan was transferred to the Motherhouse from Tafers, Switzerland (where he had died in 1918).

The Motherhouse of the Society of the Divine Savior has a very historical name, Palazzo Cesi. The name comes from the surname of its former owner. Cardinal Francesco Armellini started the building in the years 1517-1520. The foundation was laid almost at the same time as the foundation of the present Basilica of St. Peter.

Around 1565 Cardinal Pier Donato Cesi, from whom the present name is taken, bought the palace. Pier Donato Cesi was Bishop of Narni from 1546 to1566. He moved to Rome to assist the Pope in various diplomatic functions, and after he was made a cardinal in 1570, he thoroughly restored his palace, entrusting the task to a Lombardian architect, Martino Longhi il Vecchio. The result of his work is visible even now.

After its Cesi era, the palace changed owners several times. In the 19th century, two Graziolini brothers: Giovanni Battista and Giuseppe, owned the palace. The son of Giuseppe, Giulio, sold the palace in 1862 to Count Gustavo Candelori Moroni, who in 1875 bequeathed it to his son, Gustavo, and his widow, Amallia Rosati Kinsky. In 1879 Duca Giuseppe Caffarelli Negroni bought the palace, and three years later his son Duca Francesco Di Paola Negroni Caffarelli received it in bequest.  Father Francis Jordan bought it from him in 1895 and since then this building has been the property and Motherhouse of the Society of the Divine Savior.

Before the 1930s, the area around the Motherhouse looked quite different. The palace was located on a narrow street names Borgo Vecchio, which was built on the ancient Roman Via Cornelia leading from the Tiber River to the Circus of Nero at the foot of the Vatican hill.

The Cesi palace was built in a square form with an interior courtyard. On the north side a renaissance façade by Martino Longhop il Vecchio is preserved from the 16th century.  At the same time that the Via della Conciliazione was built, the west wing of the Cesi palace was removed as part of the project of renewing the area.  Between 1944 and 1946 the Salvatorians added a new part called "Casa Francesca” on the south side. For many years it housed Salvatorian students studying for the priesthood. It was completely remodeled at the beginning of the 21st century and is now the Residenza Palazzo Cesi hotel.

In the interior of the palace, there are many well preserved elements which give witness to its rich past. The best preserved ones are the historical ceilings in the halls on the first floor and the present chapel, library and parlor. There are 16th century frescos in the so called King Solomon Aula, and other frescos by Nicola Martinelli and Tommaso Laureti.

The street between the Motherhouse and the Vatican office building has been named Via Pancrazio Pfeiffer, honoring the memory of the Society’s second Supeior General who played an historical role as intermediary between the pope and the German high command during the occupation of Rome in World War II.

By Bus From Roma Termini railway station
After arriving at the Termini go to the main exit (USCITA). A number of bus routes end/begin at the Termini and there are dozens of busses in assigned slots directly in front. Look for the number 40 bus and get off at the last stop, i.e. Via della Traspontina (it’s the first stop after crossing the bridge over the Tiber). Next go back (about 30 meters) and turn right into Via della Conciliazione and walk toward St. Peter’s Basilica. The Motherhouse is at No. 51, near the end of the street, on the left side. The high green door is the main entrance.

You can also take bus number 64 and get off at Lungotevere in Sassia street (it is also the first stop after crossing a bridge over he Tiber). Next, go back about 100 meters and turn left into Via San Pio X and after walking down about 70 meters turn left again (at the second traffic light) into Via della Conciliazione. The Motherhouse is No. 51, near the end of the street, on the left. The high green door is the main entrance.

By metro/underground from Roma Termini railway station
From Termini railway station, take metro (underground/subway) line A. To get to the underground station you have to go down one level and follow the signs. Take the A line in the direction of Battistini and San Pietro. (It is clearly marked because of the many tourists heading for the Vatican). Get off at the Ottaviano/San Pietro station (the second stop after crossing the Tiber River). When you get to street level, you want to walk WEST toward St. Peter’s along the Via Ottaviano. Via Ottaviano ends in the Piazza Risorgimento, a large square. Proceed straight across this square and into the Via di Porta Angelica, a street which follows the east wall of the Vatican (the wall will be on your right). At the end of the street, you will walk through the arches of an ancient wall and find yourself outside the north arm of the colonnade of St Peter’s Square. Follow the curve of the colonnade to the front opening of St. Peter’s Square. St. Peter’s Basilica will be to your right and the Via della Conciliazione is the wide street going off to your left. The Motherhouse is at No. 51, the second building on your right on this street. The high green door is the main entrance.

From Leonardo da Vinci - Fiumicino airport
To get to the Motherhouse from the Fiumicino airport, go to the special railway station and take the direct train (Leonardo da Vinci Express) to the Termini railway station in Rome. The train runs every 30 minutes and the trip takes 30 minutes. The fare is 11,00 €. Then choose either the bus or metro directions above for getting to the Motherhouse.

By car
Leave the motorway and join the GRANDE RACCORDO ANULARE ring road. Take the direction to the Fiumicino airport and choose the exit “Aurelia” (there you will see "Città del Vaticano" signs that you have to follow). After reaching PIAZZA SAN GIOVANNI BATTISTA DE LA SALLE square, turn right and after about 350 meters along CIRCONVALLAZIONE AURELIA street, turn left into VIA GREGORIO VII street. After about 2 kilometers you will reach the tunnel (St Peters Basilica can be seen from there) and the Ponte Principe Amedeo Savoia Aosta bridge. Cross the bridge over the Tiber and immediately turn left. At the next crossing turn left again – onto the Ponte Vittorio Emanuele II bridge. After about 100 meters turn left into Via della Conciliazione (with the view of St. Peter Basilica at the end). The Motherhouse is No. 51, at the end of the street, on the left. The high green door is the main entrance.

Purchasing Tickets
Bus (including express lines)/underground/tram/commuter train
Bus, tram and underground tickets are the same and cost 1,00 €. They are valid for 75 minutes. This means that at the beginning of the first ride you have to punch your ticket and you can change buses and trams as many times as you wish in a way that you should board the last one within 75 minutes from the moment you punched your ticket and there punch your ticket again. You can ride the underground only once with one ticket (punch it when you enter), afterwards you can take a bus using the same ticket – following the same rules as above.

In case of any problems, just ask the way to St. Peter’s Square.

Find out how can you do it.
Support Us

As long as there is one person on earth who does not know God and does not love God above all things, you dare not allow yourself a moment’s rest.